He Named Me Malala –  Global Broadcast on Feb. 29th

Is it possible that ‘one child, one teacher, one book and one pen can change the world’? Find out in He Named Me Malala. 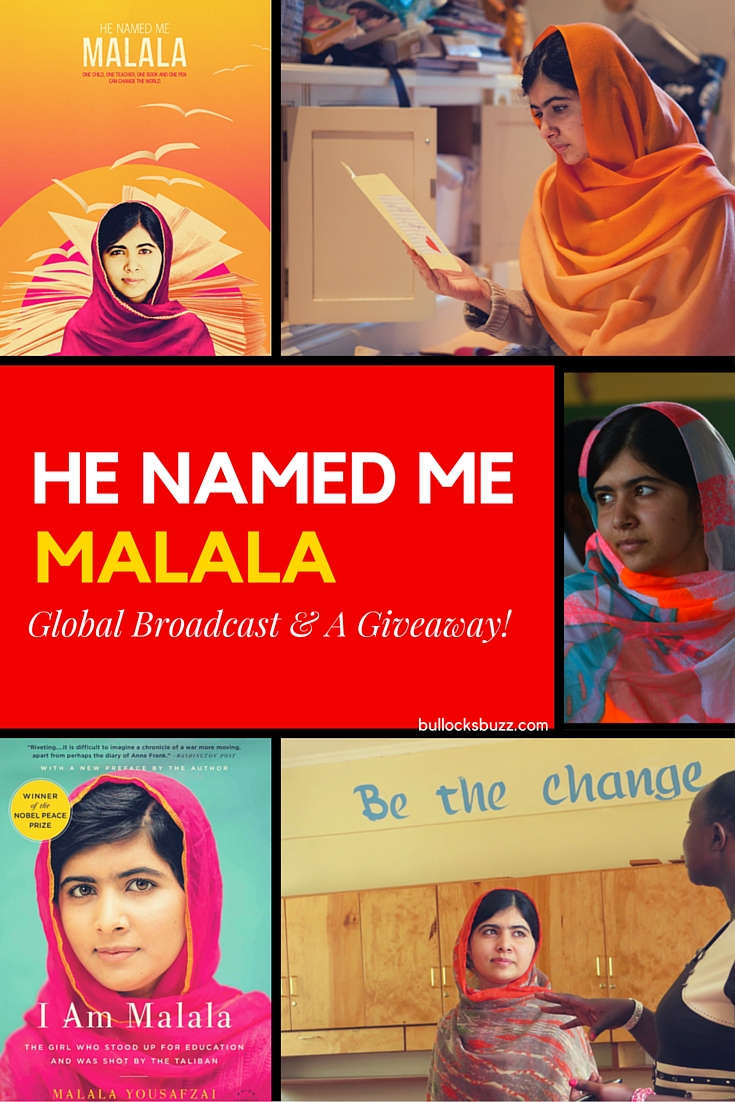 Disclosure: This is a sponsored post on behalf of Review Wire Media for Nat Geo. I received information to facilitate my review as well as a promotional item to thank me for my participation.

Born July 12, 1997, Malala Yousafzai was barely 11 years old when she began speaking out for girls’ education. During the next few years, as the Taliban overran her home town of Mingora, Pakistan, terrorizing the residents, threatening to blow up girls’ schools, and ordering the teachers and students into burqas, Malala continued to share her thoughts and stories, speaking with disarming conviction in her online diary about life under extremism. Then, in October 2012, a Taliban gunman boarded her school bus and shot Malala in the head – hoping to forever silence this young girl, but instead only strengthening her beliefs and determination.

Named after the famous Southern Afghani Pushtu poetess and warrior woman who was shot dead on the battlefield for rousing Pashtun troops against the invading British, Malala inherited the activist spirit in addition to the name. This is her story. 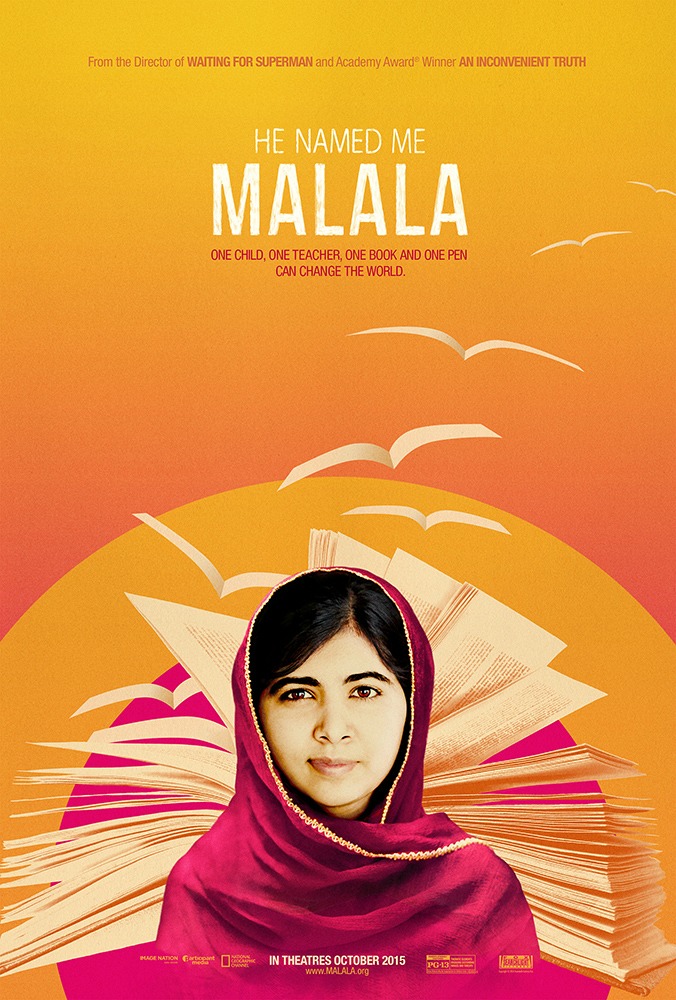 He Named Me Malala – The Movie

Based on the best selling book I Am Malala: The Girl Who Stood Up for Education and Was Shot by the Taliban, He Named Me Malala is an intimate portrait of Nobel Peace Prize Laureate Malala Yousafzai, who was targeted by the Taliban and severely wounded by a gunshot when returning home on her school bus in Pakistan’s Swat Valley. The then 15-year-old (she turns 18 this July) was singled out, along with her father, for advocating for girls’ education, and the attack on her sparked an outcry from supporters around the world. She miraculously survived and is now a leading campaigner for girls’ education globally as co-founder of the Malala Fund.

Acclaimed documentary filmmaker Davis Guggenheim (An Inconvenient Truth, Waiting for Superman) shows us how Malala, her father Zia and her family are committed to fighting for education for all girls worldwide. The film gives us an inside glimpse into this extraordinary young girl’s life — from her close relationship with her father who inspired her love for education, to her impassioned speeches at the UN, to her everyday life with her parents and brothers. — ‘One child, one teacher, one book and one pen can change the world.’ — Malala

My Thoughts on He Named Me Malala

He Named Me Malala was released in theaters last October. Although I didn’t have the chance to catch it there, I did receive a DVD of the film which I recently watched – twice. Malala’s story is incredible, both touching and awe-inspiring. The film gives us an intimate glimpse into her family, both as they are now living in the U.K., as well as the course of events that led to the Taliban’s attack on Malala.

Using a mix of anecdotes and documentary-style interviews, we are shown a side of Malala that we’ve never seen before. Malala as a normal teenage girl — teasing with her brothers, playing games with the family, wooing over her celebrity crushes, studying and more. We also see her as the Malala we all know, the youngest Nobel Peace Prize laureate, giving speeches at the United Nations and visiting schools in rural areas of Africa.

The film also focuses on the relationship between Malala and her father, Ziauddin, himself a teacher and education activist in northwest Pakistan. Her father has always supported everyone’s right to an education, even in Pakistan where tradition and the Taliban kept many girls from school. It’s clear that he is in large part an inspiration to his daughter, and the love and understanding they show each other is beautifully touching.

I could go on and on about this movie, but instead I’ll just say, this is one movie that is definitely worth watching! 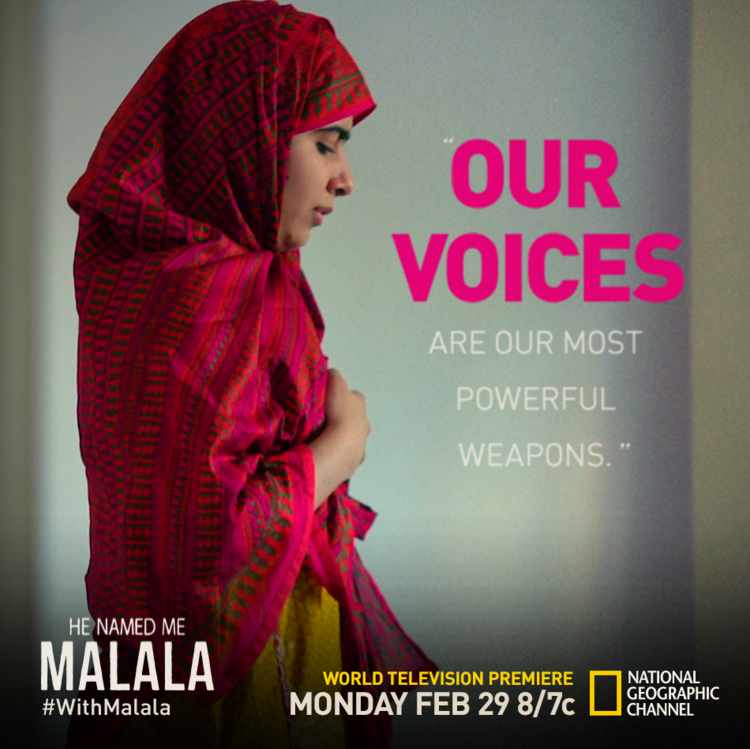 If you haven’t yet had a chance to see this movie, you’re in luck! Malala’s story will air commercial-free on Monday February 29 on the National Geographic channel at 8:00 pm ET/7:00 pm CT!

This is one event I promise you won’t want to miss! But that’s not all! Nat Geo and The Review Wire have kindly offered the chance for one lucky reader to win a copy of the book I Am Malala: The Girl Who Stood Up for Education and Was Shot by the Taliban To enter, simply use the Giveaway Tools form below! But first, just one more thing…

Send a Tweet and Help Girls Go To School!
From now until March 10th, for every tweet that uses the hashtag #withMalala, $1 will be sent to the Malala Fund! Make sure you tag @NatGeoChannle and @21CF. Feel free to use this one below:

The Malala Fund is the official organization led by Malala Yousafzai, and focuses on helping girls go to school and raise their voices for the right to education. 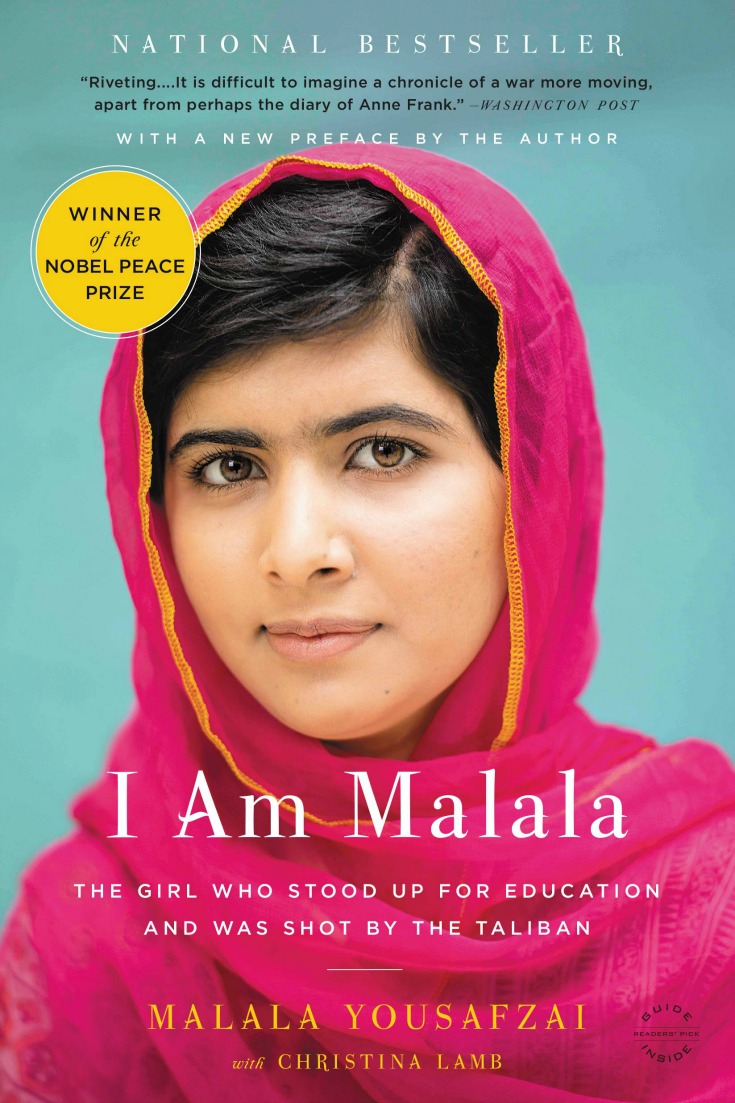 ‘I Am Malala’ Book Giveaway is OVER

Disclosure: This is a sponsored post on behalf of Review Wire Media for Nat Geo. I received information to facilitate my review as well as a promotional item to thank me for my participation.