Since it first hit the scene in 1891, the Ouija Board has been a fascinating and thrilling game for people of all ages. The game is simple, meant to conjure the spirits of other worlds to bring back cryptic and intriguing messages. Players place their hands on a large piece called a “planchette” which has a magnifying glass built into it. The spirits are meant to move the planchette around the board, highlighting specific letters and answering any questions the players might have of the lingering apparitions.

Whether you buy into the mysticism behind the game or not, playing can still be a lot of fun. The history of Ouija is as weird as the game itself, as it is filled with all kinds of bizarre and hilarious stories. Explore some of these tales and discover more about this wacky and mysterious past time.

Reading instructions does not come naturally to everyone. Some people like to open boxes and figure out puzzles without any assistance. Of course, there are consequences to these decisions. Should you decide to forego instructions on building a bookshelf, for example, you could wind up with a finished product that is uneven or unstable. With Ouija, you could be opening up a whole different can of worms altogether. The game has included instructions since it first was introduced, though very few players take the time to sit and read the information.

Unfortunately, a failure to read the instructions presented in the box can lead to some dire situations. According to the rules, players who fail to follow specific criteria are likely to become hosts to malicious or demonic spirits. To avoid this situation and keep the world free from evil, you need to avoid breaking specific rules. For one, you are never to play the game alone. Second, you never ask when you will die. Finally, you never talk about God. Try for yourself with some friends and play a Ouija Board online game now. 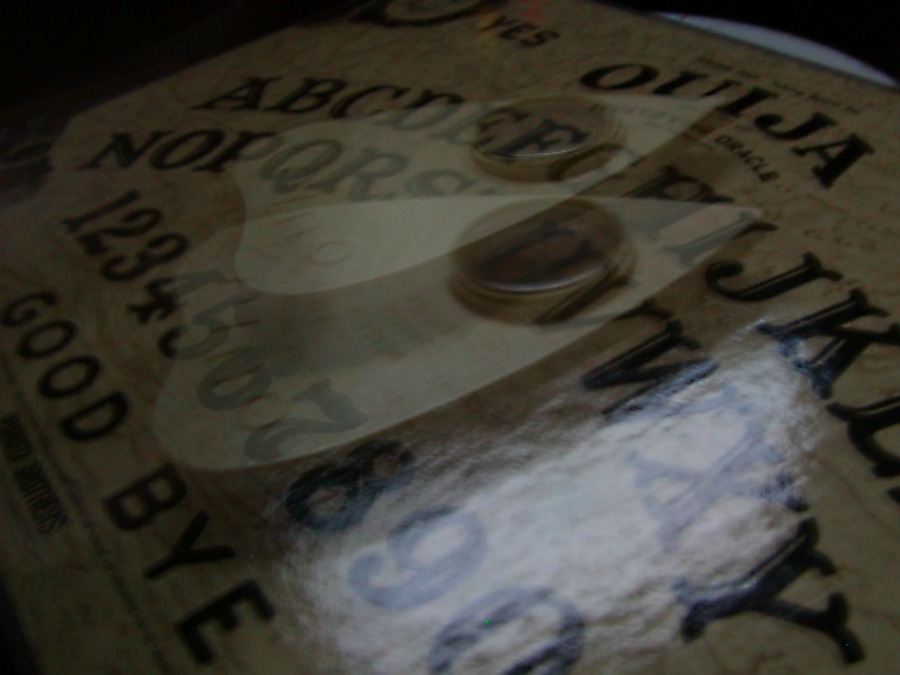 While it can be fun to think about phantasms moving your hands around the board to deliver messages from beyond, there are other forces at play. According to scientists, the main force that makes the Ouija Board so endearing is called the “Ideomotor effect.” This effect explains how people respond on a mental and physical level to unconscious behaviors. The Ideomotor effect can be best observed in people who are engaged in what is known as “automatic writing.” This is writing where the writer does not seem to stop and think about ideas before the words hit the page.

Often viewed as mystical in and of itself, automatic writing showcases how the mind and body can work in beautiful harmony. This reflexive response can also be observed when players are using a Ouija Board. The involuntary movement helps to spell out words and messages that no one person, in particular, set out to spell. Though it might not be as exciting as imagining spirits floating around you while you play, the science side of things can definitely illuminate many exciting aspects of what the Ouija Board says about the connection between mind and body.

The Man Behind the Ouija Board

The Ouija Board had existed in one form or another for many years in the 1800s. Though there are conflicting stories on where it all began, the man who finally patented the idea for sale was Elijah Bond. Though he was responsible for creating a hugely successful game, he fell into obscurity and was buried in an unmarked grave at the time of his death. Eventually, a historian named Robert Murch turned to research surrounding the Ouija Board and discovered the location of Bond’s burial.

Since Murch felt that Bond’s contribution to society merited a more prominent tombstone, he took it upon himself to make a difference. Murch raised funds to craft a gravestone that featured the full display of a Ouija Board. Bond’s memorial can be found in the Green Mount Cemetery in Baltimore, MD.

No matter what you believe about the Ouija Board, it can be easy to admit how intriguing the whole idea is. Trying the game out for yourself can be a fun way to appreciate the board for what it is. Find an online version of the game and play it with some of your friends to see what messages you might receive from the spirits beyond.