Model and actress Melissa Bolona has had a busy year in 2016 filming for hits like Category 5, Malicious, and Mara which are currently in first production. Bolona is currently working in yet another much expected film, Acts of Violence, where she will appear alongside Bruce Willis. 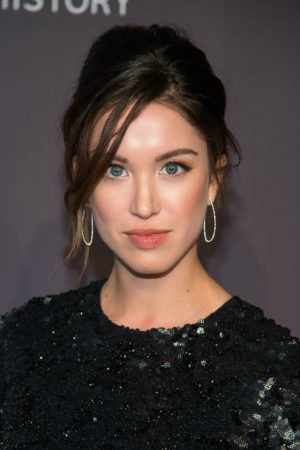 Image used with permission via MelissaBolona.com

Bolona was born in Greenwich, Connecticut, and spent part of her youth in Lima, Peru. The actress attained a degree in International Marketing from Pace University in New York while also studying abroad in Paris, France. The multicultural, and multilingual actress first deputed in The Saint and The Ten, a successful venture which was swiftly followed by Bolona’s first role as the supporting female lead in the film In Stereo.

Acts of Violence follows Roman, who assembles a group of vigilantes to save his fiancé, played by Melissa Bolona, who is kidnaped by human traffickers. Along the way, the group teams up with Avery, played by Bruce Willis, who is a detective investigating a human trafficking ring. Besides Willis, who has long held a reputation as a crime fighting badass, the film also features Mike Epps, Ashton Holmes who will be playing Roman, and Sophia Bush, who will be playing Detective Brooke Baker.

Acts of Violence began filming in Ohio in March and will likely be in production throughout the middle of the year. While not much information is available on the movie, the potential of another team-up between Bruce Willis and Mike Epps has fans excited. The film is directed by Brett Donowho, with the screenplay by Nicholas Aaron Mazzanatto.

Hints have been dropped that Bolona’s character, Mia, will be doing more than just playing a kidnapped victim. If rumors are to be believed, Mia will give her kidnappers a run for their money before Roman, Avery, and the team can make the scene. For a complete list of movies featuring Melissa Bolona, you can check out Melissa Bolona IMDB.