Did You Know These Differences Between Men’s and Women’s Eyeglasses?

Did it ever happen to you that you went to an eyeglasses shop, and the pair you liked for yourself put you in a perplexing situation? You find yourself unable to identify whether it is designed for men or women. Don’t worry. You are not alone in this struggle. There are some differences between men’s and women’s eyeglasses.

Many of us do not know the main differences between women’s and men’s eyeglasses. When you go to an optical store, you find many pairs of glasses that state that they are unisex. These available options make you feel that you can just randomly select any pair without being conscious about which gender that pair is designed for. If you do this, you will be at folly. The differences between men’s and women’s eyeglasses might be minor, but they do exist. If you want to look like a woman too feminine or a man too masculine, you won’t want to ignore these differences.

Nowadays, many quite well-known brands, the likes of which are Ray-Ban, Overnight Glasses and Zenni Optical, offer stylish and affordable variety of high-quality men’s glasses, women’s glasses and unisex glasses to their potential customers.

The Main Differences Between Men’s and Women’s Eyeglasses

I am a woman who loves to look feminine, and I have a macho man brother at home who hates wearing girlish things. Both of us have been fooled by these unisex thingies. So, I decided to find out the main differences between men’s and women’s eyeglasses and planned to guide you also. Here is a list of the most common ones.

The difference in the size of the frames

Did you ever notice that the facial features and structure of the face tell you whether the person is male or female, even if he/she is dressed up and pretending to be like the opposite gender? It happens because mother nature has created both genders in different molds. Men and women have completely different face structures.

This is why men’s and women’s accessories are designed differently. The same is the case with eyeglasses. The frames are designed to suit the face structure and facial features of the gender they will be used by. Men usually have a wider forehead, broader face, and higher and longer nose bridge to support their eyeglass pair. Hence, their eyeglass frames are made with a longer bridge to cover their face and forehead.

On the contrary, women’s eyeglass frame size differs from men’s with a shorter bridge to suit not that long lady faces.

The difference in the shape of the frames

Shape is another factor in the differences between men’s and women’s eyeglasses. Along with their facial traits, men and women are different from each other in their choices also. Frames of men’s glasses are usually square or rectangle in shape because men most commonly prefer wearing these shapes. And undoubtedly, they go better with their faces.

The difference in the color of the lenses

Color is yet another of the main differences between men’s and women’s eyeglasses. Are you a woman who loves pinks, reds, and purples? If not, then you must have many around you who crazily love to wear them most of the time. This is the reason why women’s eyeglass lenses are mostly tinted with girlish colors. Moreover, vibrant and bold colors compliment women’s lively personality.

On the other hand, men look cool in blue, grey, silver, gold, and black shades. The eyeglass industry designs its products in accordance with the choices of people. Men are likely to go for a sober and robust look of deep elegant colors.

In spite of all the above mentioned differences between men’s and women’s eyeglasses, some people think the differences are so subtle that they can be easily ignored. Hence, they don’t mind wearing unisex frames. If you are one of them we have something for you too.

Here are the trends that unisex eyeglass wearers love to follow.

Aviator glasses are famous among both men and women. The main reason behind this popularity is that many celebrities (both men and women) have been spotted wearing them. And the truth is that aviator’s shape, size, and colors look cool on everyone.

A current trend has been introduced and loved by both genders – angular eyeglasses. They come in different colors and sizes but go perfect on both men’s and women’s faces.

This is another trend that both men and women love to follow. You can find big or small, dark or light colored cat eye frames. Select according to your choice and personality.

Let’s wrap up with the opinion that the real differences between men’s and women’s eyeglasses lies in your preferences not in the eyeglasses. Some people are perfectly fine with wearing unisex eyeglass frames while others prefer using gender specific ones. What is most important is that the purpose of wearing eyeglasses should be fulfilled and that is the protection of your eyes as well as giving you an admirable chic look. 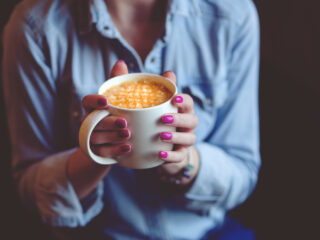 Popular Espresso Drinks: What Is A Latte And Why Do People Love It?
← Read Last Post 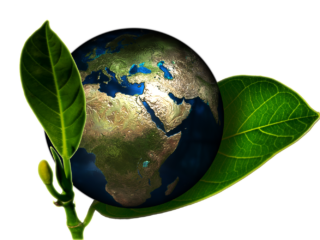 0 shares
We use cookies to ensure that we provide you the best experience on our website Find out more.