Tips For Moving On After a Divorce

When your marriage has reached the point of no return, you have tried couples counseling and nothing is working, divorce may be inevitable. Although you want to keep your family intact, divorce is sometimes the best way to do so. Living in constant heartbreak is not healthy for anyone. Moving on after a divorce can be a tough thing to do. Here are a few tips to help you get started with this process.

Before Filing–Double Check the Legal Requirements

So if you’re definitely considering a divorce, before you head to the courthouse to start the paperwork, google the legal requirements in your state.

Many states have a “no-fault” policy on divorces. This means the court does not require the divorce to disclose which party was at fault in the divorce. But there are certain legal requirements that must be met. The first one, most importantly, is residency. For instance, in many states, you must have maintained residency for 60 days prior to filing a divorce.

The next important requirement to find out is, does your state have a mandatory waiting period? A waiting period is considered a “cooling off” period–meaning the divorce cannot be filed and finalized on the same day. This cooling-off period can be anywhere from zero to twelve months long. In some states, the waiting period is six months and a day. During this period neither party may remarry.

The other two legal requirements of divorce are the grounds for divorce–such as irreconcilable differences. Finally, jurisdiction is imperative. This means at least one party must be a resident within the jurisdiction at the time of filing.

Telling Others About Your Divorce Plans

Another part of getting started on moving on after a divorce is to tell others about your plans. Getting a divorce doesn’t only affect you, it also affects your children, your soon-to-be-ex, your in-laws, and even your friends. When you got married, your marriage started a new community. It brought two families together, your friends and his friends became one group. Therefore, when divorce happens, it creates a divide in this little community and the relationships you have created.

Often friendships that worked well when you were married don’t last long following a separation. Your friends and family members are all going to have their own opinion about divorce. Friends and relatives are going to be confused, not sure if they should take “sides” and if so, with who? Everyone you know is going to have advice about how you should handle the divorce.

Finding Emotional Support for Moving On After a Divorce

The best way to find support both during and afterwards while you’re moving on after a divorce, is to talk to someone who has been through it already. This shouldn’t be a difficult task, finding someone who has experienced the divorce process. Particularly since every 36 seconds, there is another divorce being finalized. There are support groups for newly divorced singles you can join. Even a co-worker might be able to offer you the emotional support you desire. It doesn’t matter where you find support, such ensure you do.

The person you go to for support will not have all the answers. However, because they have survived and rebuilt their lives following divorce they will have advice. In addition, this person will ultimately aid you in regaining lost confidence. As well as to help you realize there is life after divorce, and it isn’t the end of the world.

When the divorce is finalized, another important thing before moving on after a divorce is to update their legal documents. A lot of newly divorced people fail to update the emergency contacts their employer has on file. Unless you plan on your ex being the beneficiary of your life insurance policy, you need to update it. Regardless of wealth, estate planning is important and 77% of American adults believe this. Besides estate planning, it is also imperative to update the beneficiary of said estate. 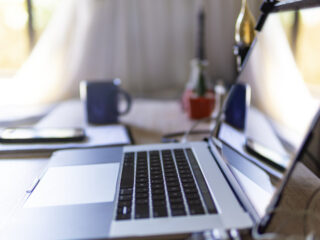