This is a sponsored conversation from Mums the Word Network and The Stork OTC. All opinions are my own.

Although I am already in my 40’s, my hope for being able to have a child has not faded. If anything, it has become stronger. When I married my husband in 2012, we began right away trying to conceive. One and a half years later, we were at the doctor to see what was preventing us from getting pregnant. It was a bit of a shock to hear that there was nothing in particular going on. It was just a matter of time, patience and determination waiting for the stork to arrive. 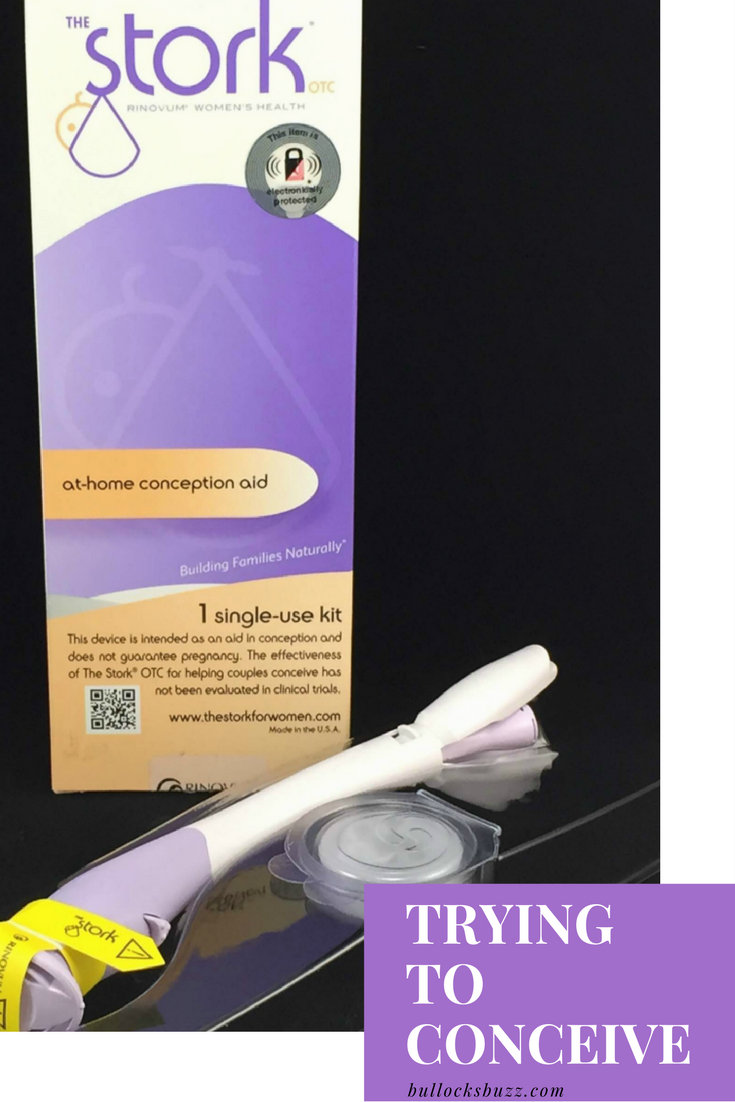 For the next three years, we embarked on an emotional monthly roller coaster ride of tracking ovulation, taking my temperature, holding our breath and praying. Each month, my hopes would peak, only to come spiraling down, in a sharp stab of disappointment. I watched as friends and family married, and became pregnant – seemingly without trying. Even my older sister had a baby. And let me tell you, not being able to conceive is painful. Having to smile, congratulate and be happy for the new mothers was a twisted mess of soul-wrenching feelings. Each month it was becoming more and more apparent, that we would most likely need help from doctors. Unfortunately, there is no way we could afford fertility treatments, especially since most insurance companies do not cover them. That was when I realized there was something else we could try, the Stork OTC. 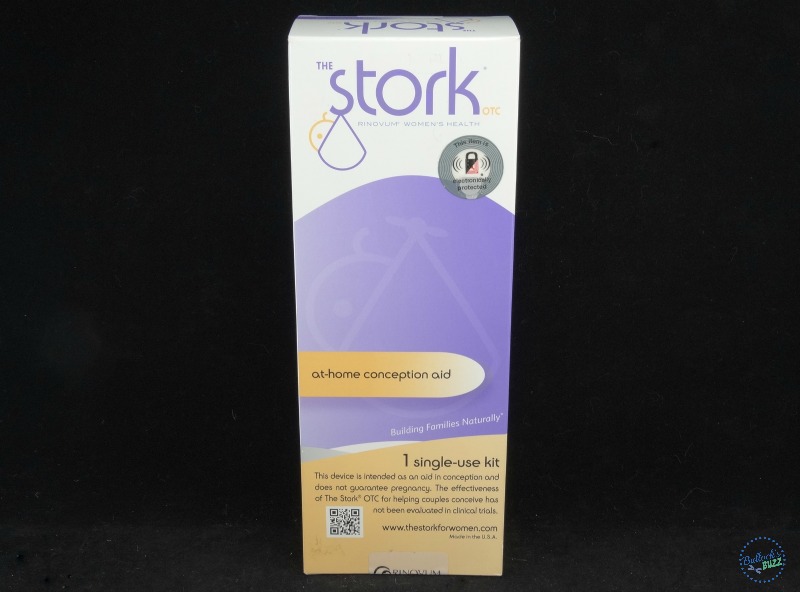 The Stork OTC is an innovative home conception device designed to increase your chances of getting pregnant without any shots, scans, procedures or prescriptions. It uses the concept of cervical insemination to help assist the sperm in getting closer to an egg, in hopes to fertilize it. 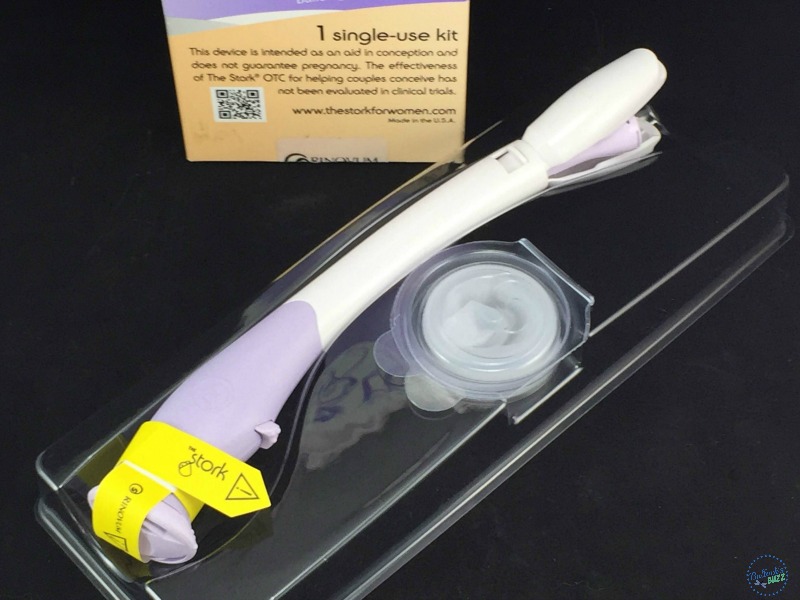 Although the practice of cervical cap insemination has been around since the 1950s, you usually have to have a prescription. Many are difficult and uncomfortable to use. As the first-ever home conception assistance device to receive FDA over-the-counter clearance, the Stork OTC makes the entire process more streamlined and easier to use. 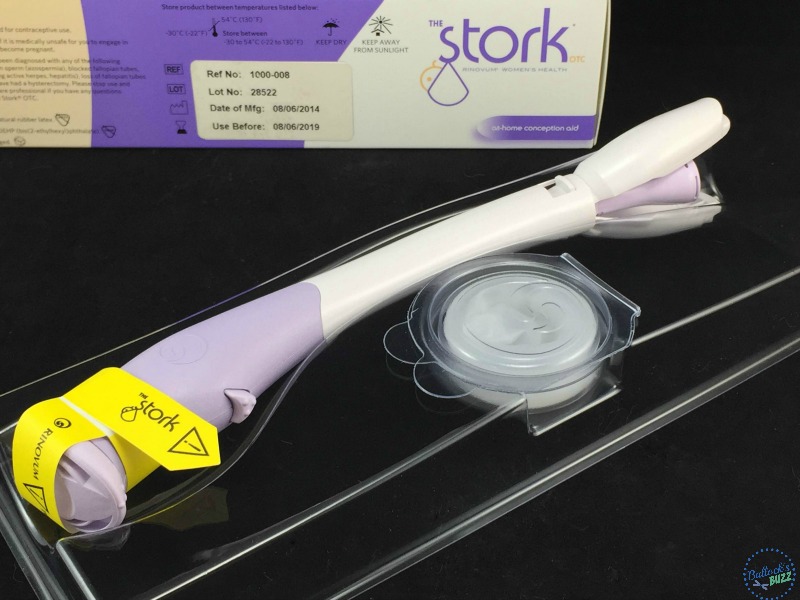 Here’s how it works.

The Stork OTC consists of a “Conceptical” (a cervical cap inside a condom-like sheath) and a tampon-like applicator. Used at home during ovulation, the cervical cap is used to collect the semen, which is then placed directly outside the cervix using the applicator. The cervical cap can be left in place for up to six hours, therefore giving viable sperm an even better chance of reaching the egg. 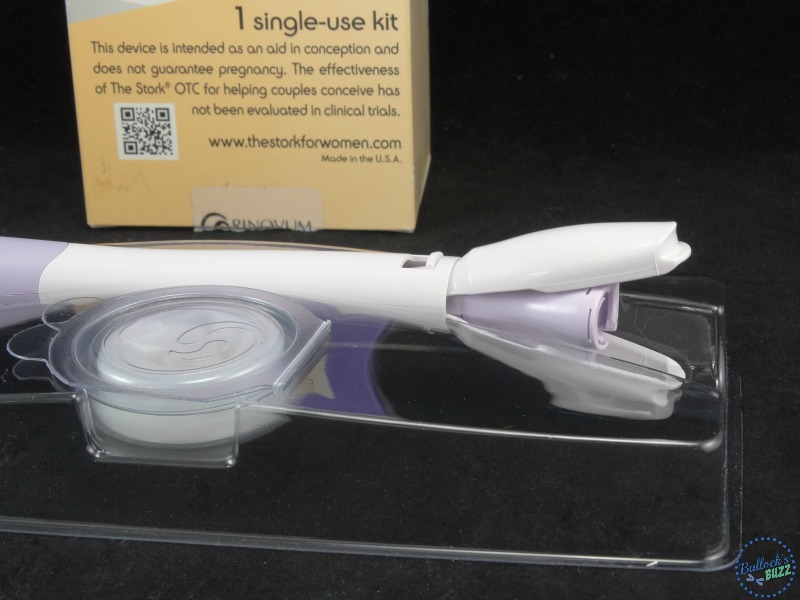 By being so close to the cervix, the sperm are able to bypass common barriers, and be put exactly where they need to go. This can not only help with natural barriers such as sperm not moving beyond the cervical mucus layer, it can also be useful for couples experiencing male-factor infertility (such as low sperm count or impaired motility). 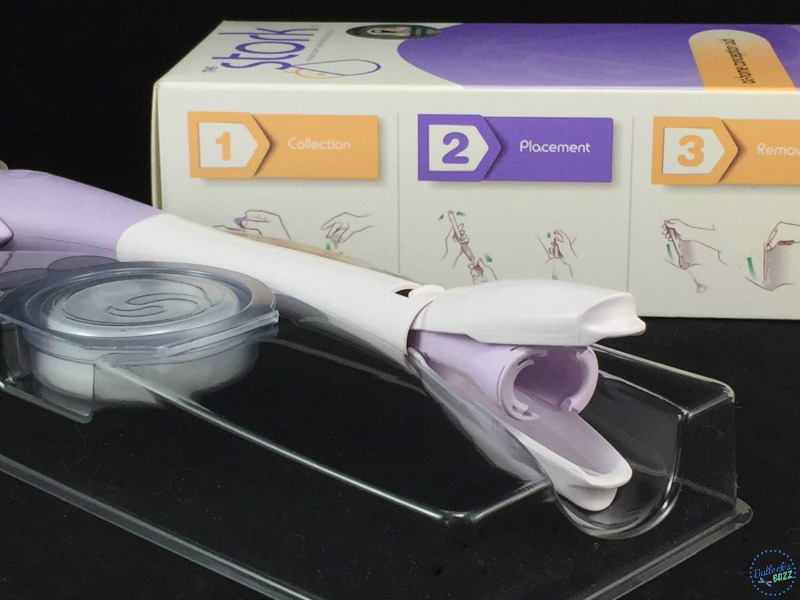 Keeping in mind that the Stork is best-used during a woman’s three most fertile days, I made sure to continue tracking my ovulation and maximized our chances by using it along with an ovulation-predictor kit. The day we used the Stork, I admit I was quite nervous. Knowing that the Stork OTC is a single-use device, I wanted to make sure I didn’t mess up in any way. So before getting started, my husband and I once again watched the short, detailed instruction videos on the Stork OTC website, and re-read the instructions that came with the device. The videos are broken down into each individual step, so they are a huge help.

Without getting into graphic details that I am positive you don’t want to know about, my husband and I did have success in using the Stork OTC. It was not painful or overly uncomfortable. My advice to you is to watch the videos and read the instructions before you use it. Be extra careful, take your time when prepping the applicator for use, and relax. And speaking of relaxing, by being able to use the Stork OTC in the privacy of our own home, I was able to keep some of the intimacy that comes with trying to conceive. It made it much more comfortable as opposed to being in a doctor’s office and involving others in the process.

We won’t know for another week or so if we conceived, but I will be sure to update you. If you’d like, say a prayer for us, and keep your fingers crossed. If you are also trying to conceive, let me know in the comments below, and I will do the same for you! 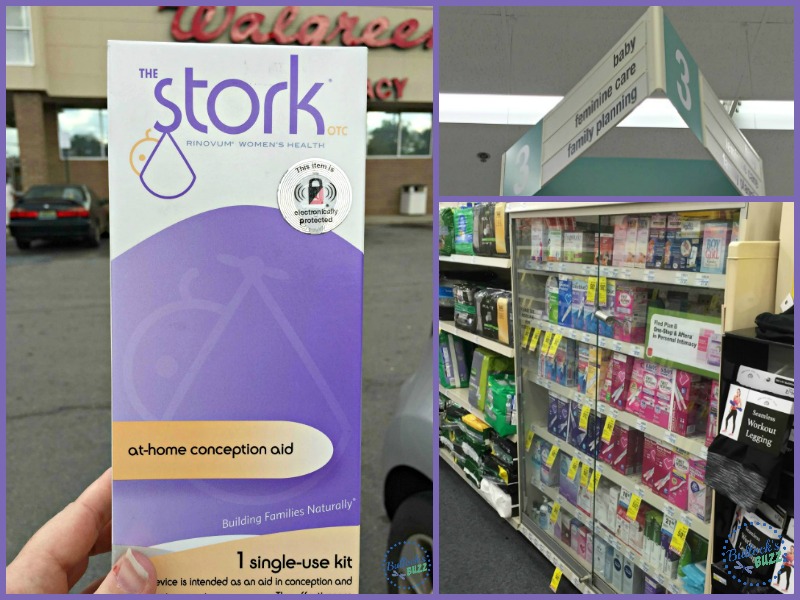 While the Stork OTC may not be the answer for everyone, for those of us struggling with fertility issues, it gives us another option to try before moving on to more invasive and expensive procedures. You can find the Stork OTC at select Walgreens and CVS, as well as through different online stores. I found mine at Walgreens, in a glass display case located next to the ovulation kits on the family planning aisle.

To find a store near you, visit the Stork OTC website. At $79.99, the Stork provides a more cost-effective, next step in the journey towards getting pregnant. Why not give it a try. 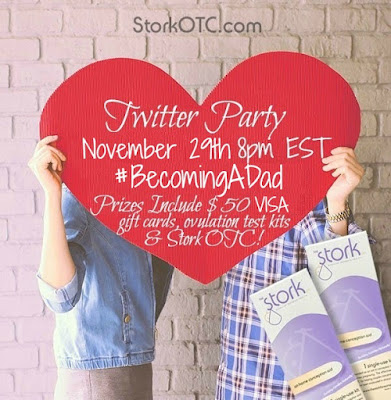 Join us for a Twitter on November 29 at 8pm EST, using the hashtag #becomingadad. See you there!