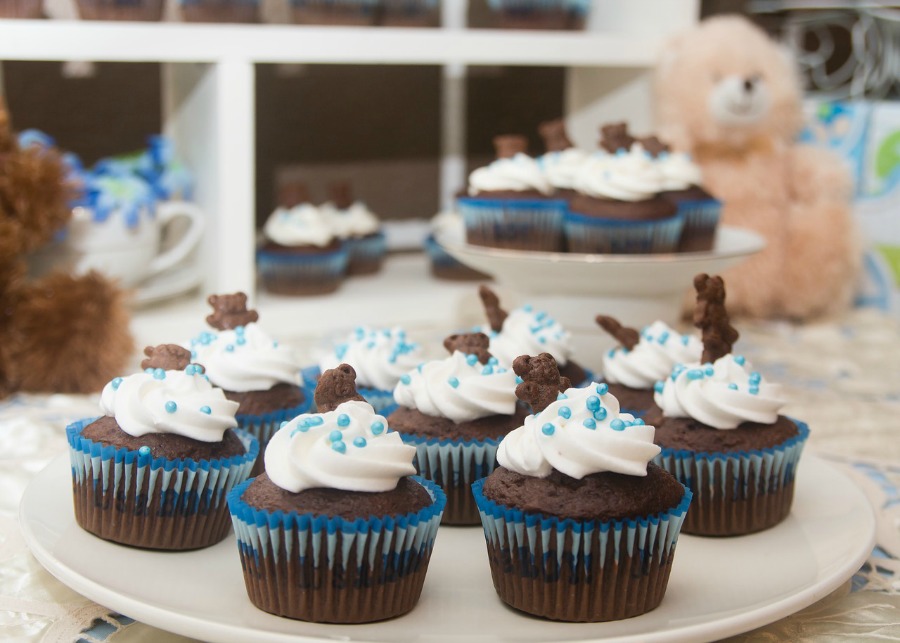 So, to be in line with the mother-to-be’s request of a non-traditional baby shower with traditional elements, how are you going to make that work? How are you going to pull it off? Well, the only way to pull it off is to just do it! When planning this type of baby shower, you need to really think about the mother-to-be and who she is now as an expectant mother and who she is as a person before the pregnancy and take those elements and put that in a baby shower. If you’re still not too sure on how to incorporate the best of both worlds, read on to find out.

This is the area where you can definitely get creative in merging the two worlds together. Traditionally, pink and blue are the colors that represent girl or boy. However, as one of the latest baby shower trends, mothers-to-be are stepping away from the traditional pink and blue colors and exploring various shades of purple and magenta for girls and navy blue and forest green for boys.

Colors may be one area where non-tradition is making a grand appearance but one traditional aspect that won’t ever leave baby showers is diaper cakes. You can order custom-made diaper cakes that will go with almost any baby shower theme and color! Whether it’s a light pink cake or one decorated with zebra stripes, diaper cakes will forever be a baby shower staple.

As far as baby shower games, there are plenty of traditional games and activities that everyone knows and loves such as guessing the baby’s name and measuring mommy’s tummy with toilet paper. But have you ever considered adding baby shower activities that are actually beneficial for the new parents? For example, decorating baby onesies is a fun baby shower activity but it also doubles as a way to provide clothing for the baby. In addition, it cuts down on the number of shopping trips the parent will have to make, plus the guests can feel good knowing that they gave the baby something they created with their own hands!

Non-Traditional: Change Up the Menu

Almost every baby shower provides some type of food for the guests, and most people have come to expect that. While that can be good in one sense, at the same time, the types of food served at baby showers have become, well, predictable. For example, some typical shower menu items include:

The latest baby shower trend is to add a little spice to the menu by serving up non-traditional foods. Having foods that nobody expects makes the menu a complete surprise, and encourages your guests to try everything you have laid out. If you’re going to have the baby shower food catered, order foods that you normally wouldn’t see at a baby shower. Some non-traditional menu items include:

● Taco bar
● Barbecue/cookout
● Soul food
● Ice cream bar (who said the menu had to solely be savory… add some sweet!)

This essentially is your excuse to have foods that the mother-to-be may have a taste for and it’s also an excuse to ditch a diet (in honor of the baby)!

A baby shower is a wonderful way for friends and family to celebrate one of the most joyous occasions in life. And while throwing baby showers is a long-standing tradition, today’s baby shower trends have evolved greatly. By combining both traditional and non-traditional elements, you can have a baby shower that you won’t soon forget!