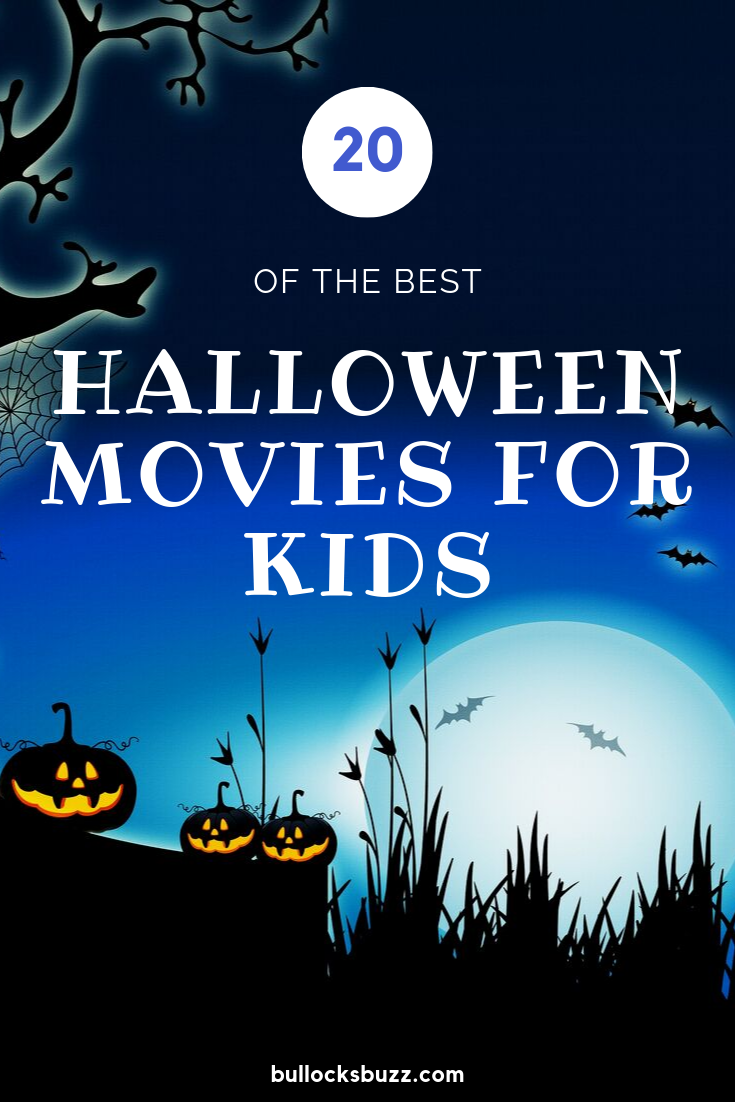 These 20 freaky, creepy, and fun family flicks are perfect for kids of all ages. And to make it even easier for you to ensure your children watch something that’s suited to their age and maturity level, I’ve also included the recommended age groups for each of these kids Halloween movies on Netflix. Plus, if you want to make a movie part of your collection, the links for quick and easy shopping on Amazon are included as well.

So scare up some Halloween treats, turn down the lights, and get ready for a fun-filled family movie night with one (or more) of these best Halloween movies for kids on Netflix 2019.

A favorite in the list of best kids Halloween movies! Join everybody’s favorite monster family as they hit the high seas on a summer cruise away from the Hotel Transylvania. It’s smooth sailing until Dracula falls for the mysterious captain with a secret that may jeopardize Dracula, his family, and the other monsters.

Buy the Hotel Transylvania collection (1,2 and 3) on Amazon

With Halloween right around the corner, three friends discover what they believe to be the truth about an abandoned house in their neighborhood that has a personality of its own and seems to be eating people. Can they destroy the house before it’s too late?

Room on the Broom

Much to the annoyance of her grumpy cat, a gentle ginger witch allows a dog, a bird and a frog who have helped her retrieve things she has lost a ride on her broomstick. But a run-in with a fire breathing dragon destroys the broom. Based on the book by Julia Donaldson with illustrations by Axel Scheffler, this cute Halloween cartoon will become a treasured family favorite.

Buy Room on the Broom on Amazon

See how it all began in this cute movie featuring Dracula’s daughter, Draculaura and her best ghoulfriend Frankie Stein ™. Together they dreamt of a school where everyone was welcome and accepted for who they are.

Cleo de Nile’s father Ramses invites his daughter and her friends to attend a fancy gala in Boo York celebrating a magical comet. But the sinister Nefera has other plans in this Monster High musical.

Many kids dread the monsters under their beds, but in this classic Brian decides to face his fears and makes some hilariously weird new friends in the process.

To make a boring Halloween more exciting, Shrek dares his friends to bring on the scares with ghost stories told in a haunted castle. In another story, beloved Monsters vs. Aliens characters return to face alien pumpkins.

No list of best kids Halloween movies would be complete without R. L. Stein! In this horror-comedy fantasy, an 11-year old encounters two ghosts and agrees to help them solve the mystery surrounding their demise.

Ages: mature 8 and up

In this computer-animated science fantasy comedy film Dr. Glickenstein’s brilliant, yet deformed assistant Igor, dreams of winning the Evil Science Fair and the heart of Gretchen.

Based on the children’s book “The Legend of Spookley the Square Pumpkin” by Joe Troianoby, a scarecrow and trio of spiders help a misshapen pumpkin get over his shame and feeling of inadequacy to step up and save the day when the patch is hit by a fierce storm.

A teen who can see ghosts is helping two teen ghosts find their lost parents when he discovers an enchanted crystal and must stop an evil plot by the Phantom Phears and an invasion of spirits before it’s too late.

Netflix description: “When a teenager discovers he’s not really human, he ventures out to a remote island to explore his roots and confronts a series of wild challenges.”

When Coraline unlocks a door in her family’s home she is transported to an alternate universe that resembles her own — only she thinks it’s much better.

My Babysitter’s a Vampire

Ethan soon discovers that the girl his parents hired to babysit them is actually a fledgling vampire named Sarah. Together they battle demons, zombies and other beasts that threaten their school.

Buy My Babysitter’s a Vampire on Amazon

When friends accidentally release monsters and other creatures from the Goosebumps franchise in their town together with their other friend they must spend their Halloween trying to make it right before their town is destroyed.

Netflix description: “The nefarious Jafar has assembled a team of Disney baddies to take over Mickey’s House of Mouse and turn it into the House of Villains.”

Gremlins – One of my Favorite Kids Halloween Movies!

A favorite in our list of best Halloween movies for kids! When Billy’s dad brings home a cute creature as a Christmas present, Billy must follow the rules or suffer the consequences. However, temptation proves too great and Gizmo spawns a horrifying army of devilish — and dangerous — little beasts.

Annabelle Hooper And The Ghosts Of Nantucket

A teenage mystery writer vacationing on Nantucket has to contend with two thieves as she tries to solve a ghostly mystery.

Buy Annabelle Hooper And The Ghosts Of Nantucket on Amazon

Another great one in the best kids Halloween movies list is DreamWork’s Coco. Netflix description: “On Dias de Los Muertes, young would-be musician Miguel crosses into the afterlife on a quest to meet his ancestor and understand his family legacy.”

These are just a few of the best Halloween movies for kids on Netflix. There are plenty more worth watching. Be sure to check back tomorrow for our list of Best Scary Halloween Movies!

Which of these Halloween movies for kids on Netflix are you planning on watching with your family?